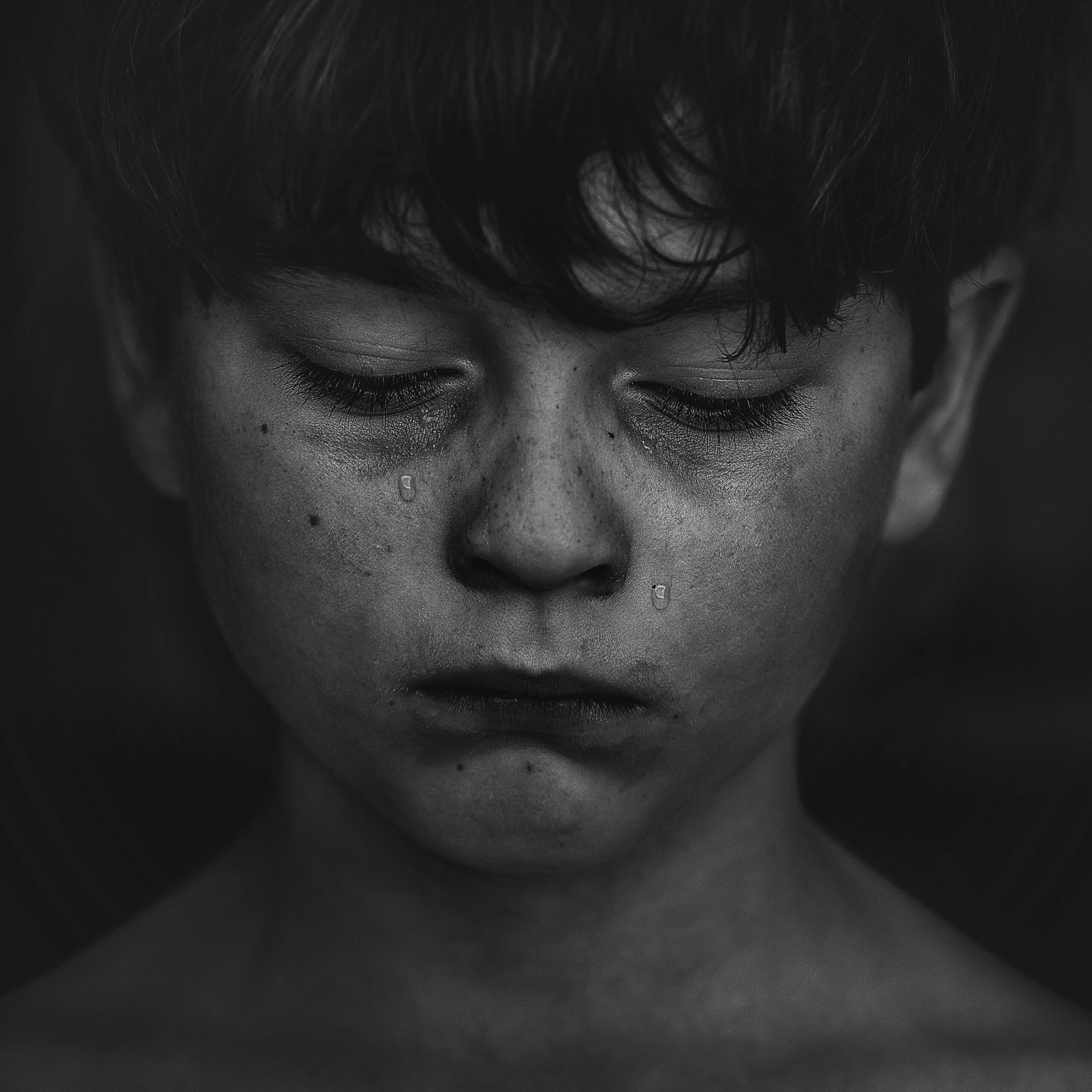 A Guide for Men

Physical abuse in childhood will always be a serious problem. The reason is twofold. Firs,t is because of the fact that it is underreported, not sufficiently recognized, and it often is undertreated. The second reason is its potential to harm the unprotected child throughout the lifespan. Both boys and girls, and later men and women, can struggle with the consequences of the abuse. Yet, as we will discuss in this post, men have an added obstacle to overcome.

Physical abuse has enormous traumatizing potential. When the culture’s views on what it means to be a man are added to the equation, a perfect storm is created. For men, the trauma of the abuse is often compounded by masculine gender role norms. They feel they must be strong at all times, independent, tough and never ask for help or look weak.  If this problem is not addressed professionally as soon as possible, it has the potential of becoming a lifelong struggle for the survivor.

Physical abuse is legally defined differently in different states. However, the legal definition isn’t crucial when it comes to the consequences of physical abuse. Broadly, any act by a parent, caregiver or adult that results in physical harm to the child can be considered abuse. Red marks, bruises, cuts, broken bones or muscle sprains are often physical injuries. Even when these injuries weren’t the parent’s or the caregiver’s intention, they still constitute as abuse. In fact, any time an adult uses physical intimidation that creates fear in the child or threatens this can result in trauma in the child.

The popular perception about childhood physical abuse is that it only happens to girls. However, boys also experience physical abuse.  Depending on the sample, studies have found that physical abuse in families happens to 28-51% of boys. This is an extremely high number, especially if the prospect of lifelong suffering caused by it is considered. In most cases, parents are the perpetrators of physical abuse, and in the case of men, it seems that the mother transgresses more often. Also, boys who suffer physical abuse usually come from families where there’s domestic violence between adults. As we will discuss, such an environment potentially affects more than the boy in question. It can affect generations to come.

Yeah, You Grew up and Survived.

The reality is that abuse happens very often. The best-case scenario for boys who are exposed to physical violence is for them to get professional help right away, as well as their families. In cases of severe abuse with no prospect for healing the family as a whole, even removing the child from the household is considered better and safer for him. In any case, timely action in the form of psychotherapy can help the boy overcome the trauma and lead a perfectly normal life. However, this often sometimes doesn’t happen. There are many reasons, and some we’ll touch upon in the next section. As a result of this failure to get help right away, those boys often grow up to be men with a huge emotional load to carry and inadequate mechanisms to cope with it.

Physical abuse is a traumatizing experience for a child. It’s a breach of trust. It makes the most essential feeling of safety crumble to pieces. Physical abuse done by the primary caregiver is especially complex. The child relies on the caregiver for safety and protection, but the caregiver is creating a violent and unpredictable environment. Because the child will still need to rely on the abusive caregiver the child for fulfilling his basic needs the child may learn to shut down or align with the abuser.

Abuse is scary, confusing and hurtful and not to mention that it can be very dangerous. In some cases, the boy develops a full-blown case of a PTSD or a post-traumatic stress disorder. Although it can be very difficult and painful, this could be a blessing in disguise, as such, cases are more easily spotted and actions to mend the damage are taken. However, there are also other instances where the child doesn’t manifest such obvious signs of abuse. These cases often have a worse prognosis.

Many studies have shown that if a person survives a trauma, they are at a higher risk and will be more likely to develop an addiction. Addictions don’t discriminate, and they can and do affect people of all backgrounds. However, among addicts, there are more of those who were exposed to trauma, including abuse during childhood or adolescence. Whether it is drugs or alcohol, or behavioral addictions, such as gambling or sexual addiction, physical abuse can contribute to a man becoming more prone to them. It’s not easy to pinpoint the exact mechanism of how it functions.

In essence, addictions of any sort function as self-medication. A means to dulling the emotions one finds difficult to handle. A means of avoiding internal conflicts that are often overwhelming. What a survivor of childhood physical abuse might be avoiding is his ambivalence towards the parent who committed the abuse, his feelings of being undeserving of love or, the anger.

Many victims of physical abuse during childhood can grow up to be angry adults. Unfortunately, being exposed to aggression during formative years, especially by those who were supposed to give us love and gentle care, builds up anger. It remains to be something we don’t really know how to handle. It’s a hard thing for the victim to go through and it’s understandable that the child gradually becomes more and more furious about it. In many cases, that fury expands and everyone can provoke it, not just the abuser. Many men become aggressive, often get into fights, and are verbally and physically abusive towards the ones they love. As we will discuss, the only healthy way of dealing with this is with the professional help of a psychotherapist.

Furthermore, when the parent is abusive, it’s a sign that they themselves can’t handle frustration and negative emotions. If they can’t control their anger and aggression enough not to harm their boy, they didn’t learn how to handle anger appropriately. We all feel overwhelmed and sometimes resentful when we’re parents. It’s hard to handle a toddler screaming of the top of their lungs without losing one’s cool. Yet, most parents don’t go on and indulge their irritation by this. Those who are physically abusive don’t know how to cope with annoyance and fury. As such, they couldn’t possibly teach the child to do so.

There is also one other consequence of childhood physical abuse we already mentioned. Growing up in an abusive environment, especially when combined with abuse against the boy, engrains one toxic thing into the young mind – considering violence to be a legitimate way of dealing with conflicts. In other words, many men (but not all) who were raised under such conditions grow up to be abusive towards their family. Sometimes, they don’t abuse their children, but they are aggressive towards their wives.

At times, they also start to behave like their parents, and the vicious family tradition is passed onto the next generation. Some psychotherapists believe that what happens here is identification with the aggressor. In order to shield himself from devastating realization that his father might not love him in the right way, or simply to minimize the danger, the child adopts his behavior. This has a psychologically protective function at that moment. Nonetheless, it’s a maladaptive defense mechanism. The only adaptive way, as we’ll talk in the last section of this post, is to adopt healthy ways of coping with emotions and building direct and respectful relationships.

Physically harming a child is never alright, in any shape or form. Physically disciplining a child is never truly necessary and can never be justified. Many still consider spanking a child, especially a boy, innocent and acceptable. Yet, it is a scary and traumatizing experience for a boy.  It also sends the message to the boy that hitting and spanking are okay. Recovering from the trauma of physical abuse for men is made especially difficult because of our culture. Male gender role presents a twofold threat in this case. The first is in minimizing the abuse itself. The second comes to play when the time comes for the survivor to get help. Let’s discuss both.

Minimizing Abuse and Getting Help

Our culture still has certain expectations of men. They shouldn’t be weak or show too many emotions. Boys are often raised to be “manly men,” to be able to bear with the harshness of life. For that reason, there still is greater tolerance towards a bit of “tough love” for boys. Of course, no one would condone physical abuse, and there’s a reason why using physical force to discipline a child is often illegal. However, many people would still turn the blind eye to smack or two when boys are misbehaving. This persevering cultural tolerance shouldn’t by any means justify using physical force against a child in any form. Yet, when the boy grows up, he himself might be inclined towards minimizing what was going on, too, for the same reason.

This leads us towards the second way in which culture makes it harder for male survivors of physical abuse to get appropriate help. First, the survivor might be leaning towards not considering what was going on to him abusive in the first place. If he does know that he was the victim of abuse, he still might not accept getting help. We discuss this often in our posts. Men are not great at seeking help in general. There’s a joke saying that Moses wandered the deserts for 40 years because he didn’t want to ask for directions. Men expect themselves to be able to handle everything on their own. When it comes to seeking psychological help, things get even worse. Admitting that he needs help in dealing with his emotions is double jeopardy. They need to admit having emotions they can’t cope with, and to admit that they don’t have control over everything. This can be very hard for many men.

Why Talking to a Psychotherapist Is a Good Idea

Psychotherapy is a very effective way of resolving issues related to childhood abuse.  As you probably know by now, the consequences of the abuse won’t go away on their own. Whether they are mild, or they destroyed every aspect of your life, they put additional strain on you. You might have problems controlling your anger, which can seriously affect your professional and social life. Your family might be suffering from your outbursts. You could be suffering from emotional problems, anxiety, and depression or, you could have developed addictions. All of this might and probably does have its roots in the abuse you went through during your childhood. You could lead a much healthier and fulfilling life.

Seeking help from a professional is the sign of strength, not weakness. It shows that you’re ready and able to deal with feelings and conflicts buried a long time ago. In psychotherapy, you’ll get a chance to revisit the traumatic experience from a safe place and at the right pace. By doing so, you will overcome it. You will be able to parent yourself, in a way, and give your inner child the kind of love and care that you deserved but didn’t receive. You’ll learn healthy ways of coping with different feelings and you will have the opportunity to discuss and tackle any issue that is preventing you from leading a fully productive and happy life.

How To Support A Male Survivor Of Child Sexual Abuse