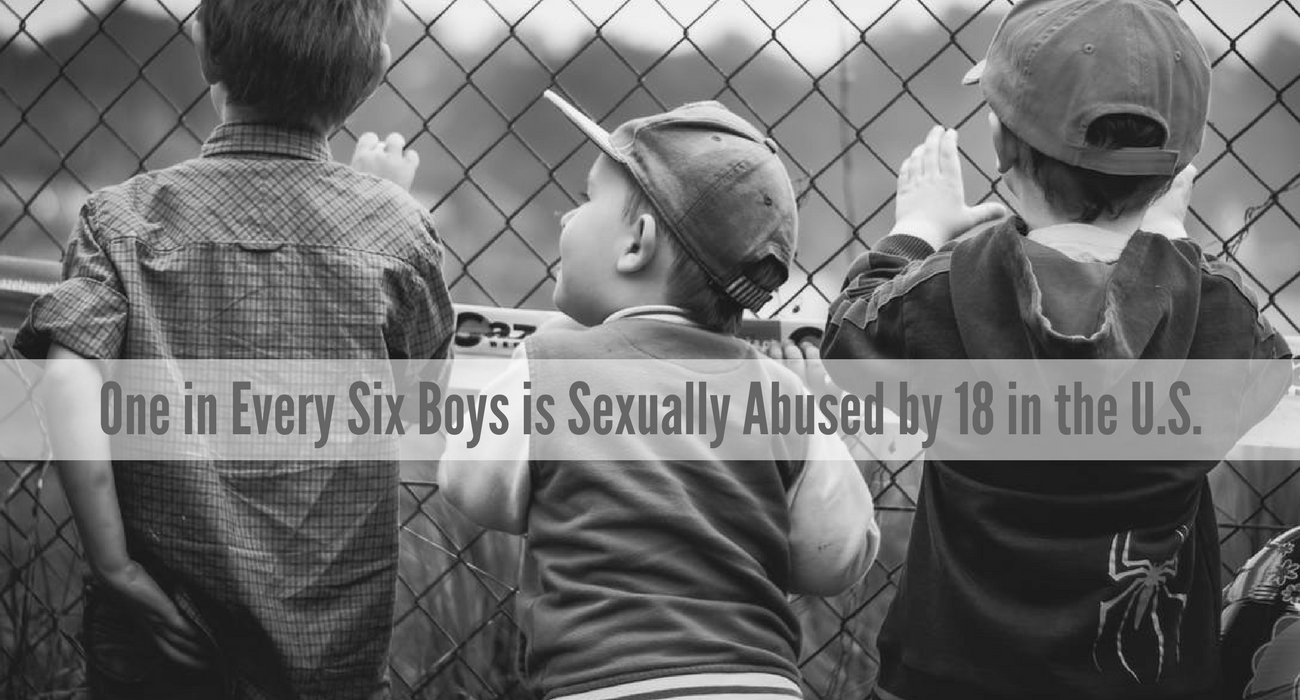 According to a highly regarded study, one in six boys in the U.S. will experience sexual abuse before turning 18. Interestingly, the issue has long remained invisible due to societal myths about male sexual abuse and cultural “norms” around masculinity. Sexual victimization is often branded as a “women’s issue.” And it is! But, it is a men’s issue too. Ignoring the male side of sexual victimization leaves American society (and elsewhere) unable to comprehend the magnitude of male childhood sexual abuse.

Talking and creating awareness about boyhood sexual abuse and its aftermath can be extremely difficult and painful. But such talk is the initial step in addressing this problem that continues to affect millions of boys (and the men they become) globally as they try to cope with the debilitating effects of shuttered trust. The media has done little to cover boyhood sexual victimization.

Recent coverage has only highlighted the high rate of sexual predation, but it has failed to address the equally bigger issue of how male survivors can recover from childhood sexual abuse. As a society, we need to bring this issue into the public discourse irrespective of how tough it can be.

What Is Child Sexual Abuse?

Child sexual abuse is the deliberate misuse of power over a child by an adult or older child to gain sexual satisfaction. Children, Both boys and girls, can be sexually abused. They are vulnerable and often ill-equipped to protect themselves from exploitation and abuse, particularly when the abuser employs guilt, strength, and threats to coerce and manipulate boys into unwanted sexual activities and to thereafter remain silent.

This is normally done from a position of authority (for example, by older family members, religious leaders, teachers and coaches) or status (for instance by social leaders, older cousins, or admired athletes). Perpetrators use any means possible to reduce resistance such as threats, promises, bribes, money and other gifts, special privileges, or attention.

Can a Male Survivor Recover from Childhood Sexual Abuse?

YES! You partner, friend, child, or brother can recover from childhood sexual abuse. Recovery depends on the kinds of sexual victimization he experienced, as well as the kind of support he has. However, you should understand that there is no “right” way or “right” length of time to recover. Here is a list of things you can do to help a male survivor cope with the effect of childhood sexual abuse. Most boys are abused by other males which creates a feeling that they (the victims) portrayed ‘something gay’ to the perpetrators. They may start to question their own sexuality after the abuse. On one hand they identify as heterosexual, but they were abused by male, so they start to self-doubt and gain insecurity.

Men who have been victims of sexual assault may be dealing with the following mental health issues:

You can use this online resource to understand better how to support your partner, friend, or family member that has been a victim of childhood sexual abuse. This resource provides up-to-the-minute information on this issue as well as books and movies recommendations.

Third, Be a Trusted Friend

This entails being there for your partner, friend, or brother when he wants to talk, providing company whenever he wants it, and respecting his privacy when he needs it. This also means being patient, particularly when he needs to talk about the assault or retell the story of his sexual victimization. If he is your partner, you must ensure that you maintain a separate identity. You’ll greatly help your partner if you focus on your own needs as well as his. If he wants to avoid sexual activity or even ask for temporary sexual abstinence, it’s best you cooperate. If he requests for this, it’s probably because your sexual activities are the triggers to his painful memories.

Although male childhood sexual assault can be traumatizing and life-changing, recovery is very possible. There are resources in the Denver area that can help heal from childhood sexual abuse.  A professional therapist who specializes in male sexual abuse treatment can help those who are affected and guide them through recovery.

One evidenced-based therapy for the treatment of male sexual abuse is Eye Movement Desensitization and Reprocessing Therapy (EMDR)—this approach uses eye movements to help a survivor ‘rewire’ his brain and change the way he processes his childhood sexual abuse.

Here at Stephen Rodgers Counseling of Denver we are dedicated to the advanced treatment of male childhood sexual abuse. If you or a someone you know is struggling with traumatic sexual abuse there are effective treatments available.

Fake It To Make It: A Guy’s Guide to Becoming the Person You Want to Be