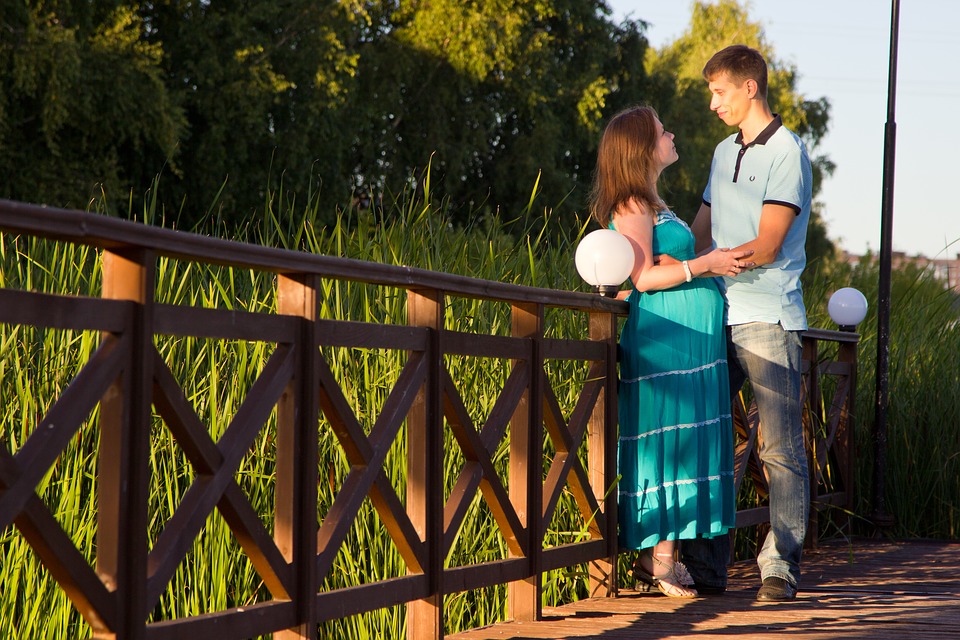 “My life is over now…!” A father-to-be said this. His wife was accepting of that fact that he might feel scared and ambivalent, even though they planned the pregnancy, and despite the fact she was actually hurt by these words.

She tried to help him realize that it’s quite the opposite – the life will get a true meaning now, they will live for their child and have a purpose far greater than their careers, themselves, or any other thing in the world. That’s how she felt at least. But the man replied with even greater despair: “Yes, but MY life is over!”

The Great Unknown of Pregnancy

The man in question was actually really joyful and happy because they were expecting a child. He loved his wife, and he already loved his unborn child. He couldn’t wait for them to bring the baby home, even though it was just the beginning of the pregnancy. Nonetheless, he was also feeling that his life as he knows it was finished. He realized that there will never be a moment in which no one was dependent on him again, and that he will never have the same freedom to do whatever he pleases and whenever he chooses to, as he has now.

For many women, this may sound borderline cruel. Nonetheless, women and men experience pregnancy fairly different, and this often causes numerous frictions in their relationship. It would be unfair to try to weight who experiences greater anxiety during pregnancy, as both genders live through it from a different perspective.

Women go through changes on numerous levels, both physically and psychologically. Their identities change dramatically, as their values, priorities, and self-image transform. They also feel immeasurable fear with all the aspects of the pregnancy – fearing a miscarriage or numerous complications, feeling guilty and insecure as to whether they’re doing everything they can to ensure a healthy pregnancy, wondering if everything is going well in-between doctor’s appointments, etc. And they are also anxious about everything that will come later on – will their relationship change, will their partner still be attracted to her, will they be good mothers, will they be able to continue with their career or education…?

Nonetheless, men have an enormous disadvantage. Women feel the connection with their unborn child from the very beginnings of the pregnancy, as their bodies and brain chemistry change. These changes can be so profound that many women say that they “just knew” that they were pregnant as soon as they conceived, well before any pregnancy symptoms. It is not difficult for them to be in touch with all the changes that will ensue. And for men, no matter how sensitive they are, and how much they try, this is often just a great unknown. What Do We Fear and Think About When We are Expecting a Child?

When a man faces the imminent reality of becoming a father, it is entirely normal that the most unexpected and surprising fears emerge, even if the pregnancy was wished for.

Some men often have an irrational unconscious fear that they might not actually be the child’s father, even though they don’t think their partner was unfaithful. This may seem illogical, but a deeper exploration of this fear reveals that men sometimes feel the creation of life was so godlike that it’s hard for them to believe they are deserving of it, and search for other, but logical, explanations.

A man, especially a young father-to-be might begin to be more conscious of his mortality, as beginning of a life inevitably evokes the thoughts about its end. These thoughts might be combined with a sense of responsibility and, therefore, the necessity to stay alive and well in order to be able to take care of the young child for as long as possible.

Of course, same as women do, men also fear for the baby’s health, and for their partner’s wellbeing. They might feel helpless at times, as it is a miraculous process and most of it seems to develop without any possibility for a father to influence it. Mothers-to-be might feel constant anxiety about what they eat, how much they rest or exercise, do they do everything right… But fathers just feel helpless, and men usually don’t stand this feeling very well.

Many men, as the man from the beginning of this post, fear loss of their independence and freedom. They sometimes feel that they won’t be able to do whatever came to their minds anymore, and they will lose their independent identities. Some men describe this as getting a job they could never quit anymore, and they can never get a holiday out of. And this may be true to some extent – many new fathers feel as if they don’t have enough time for their friends, hobbies, and interests anymore. However, there is also another fact, and that is that the love a man will feel for his child will trump all these issues in a heartbeat. And with time, as child grows, every man will begin to find and reestablish his independence again, but with an invaluable gift of being a proud father.

Finally, among the most prominent fears are the ones that revolve around a question: “Will I be a good father and able to take care of my family?” Many men feel as if they will “mess up” in many different ways, starting from “breaking the baby” to making serious parenting mistakes. However, with practice, some patience, and when needed – with some expert advice on proper child rearing, every man can be a good father. So, don’t hesitate to discuss your fears and doubts with a psychotherapist, because pregnancy and fatherhood are times of naturally high stress, fear, doubt, and insecurity.  But, a psychotherapist will be able to go over all those fears with you, answer your questions on child development, your relationship, and your own personal wellbeing, teach you how to cope with stress, and help you find your inner potential to be a wonderful father you wish to be.

Are you and your partner expecting? Or have you recently had a child? Your “new” life can feel daunting. There are many resources for women out there, but for us men, its hard to find a support system that works and addresses the feelings we try so hard to keep private. Counseling can be a good and discreet alternative. Ready to start? Click here to pick your own time and day for a session and find out if it could work for you. I look forward to hearing from you.

What is the Man Box?