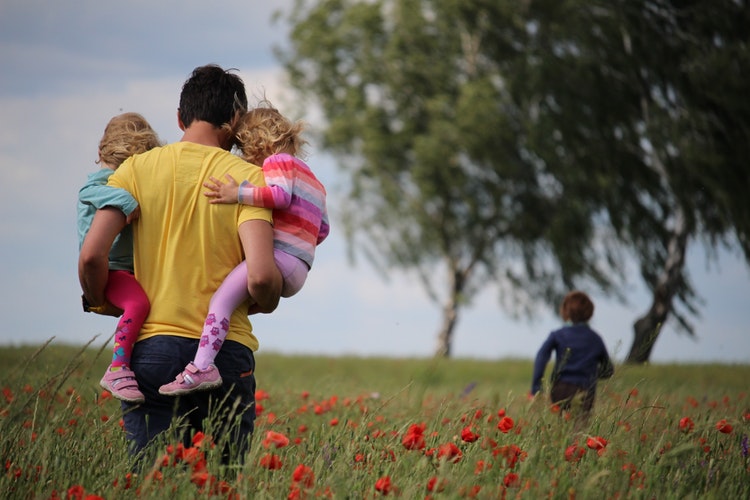 Childhood Sexual Abuse, Masculinity, and the Struggles of Fatherhood

An often overlooked group is male survivors of childhood sex abuse. A quick google search will show little to no information or help for fathers who are survivors of childhood sex abuse. This is alarming because we know that boys who were sexually abuse go on to be fathers. Yet there is very little support for these men who are taking on the essential job of being a father.

For many men who have survived sexual abuse, becoming a father can be amazing and triggering at the same time. A confusing experience during a time they are expected to be joyful and hopeful. Fatherhood for these men can trigger symptoms that range from post-traumatic stress to depression and anxiety. For some men, the fear of repeating the abuse haunts a father in a way that can lead to self-destructive relationships and disturbances of sexual desire (more on this later).

I Don’t Want To Talk About It

More than one in six boys and young men experience sexual abuse. More reports and statistics here. Stigma and shame prevent discussing or simply bringing to mind the trauma. Men often wait until adulthood to disclose what happened. Unhealthy masculine norms and stereotypes prevent disclosure of childhood sexual abuse in the family and society.

As a father and role model, very few or no masculine channels exist in society to allow the trauma to be treated and reprocessed. Disclosure of the subject can lead to positive and negative responses. Often bottled up and pressed with the complexities of family life, a father may decide not to talk which often leads to dysfunction.

A well trained therapist along with the safety of the therapy office allows the survivor to heal from their trauma. The primary after-effects of childhood sexual abuse can include emotional reactions such as fear, anger, shame, guilt, and self-blame. Depression and anxiety often surface as a result of these feelings. Many men use alcohol and drugs to cope with these symptoms. Post-traumatic stress continues with intrusive flashbacks of the abuse and in recurring nightmares.

A distorted self-perception often comes about from a belief that the survivor caused the sexual abuse and he deserved it. In severe cases, men can become dissociative. There is hope. The emotional charge and negative beliefs about the self and world can be reprocessed into neutral emotions and positive beliefs with EMDR therapy. EMDR therapy is a great fit for many men because it does not require a lot of talking, it’s effective and men notice changes quickly relative to talk therapy.

The vast majority of children who are sexually abused do not go on to abuse others.

A common concern that male survivors have, but often do not talk about is that they will be abusive themselves. While this concern is understandable, the data simply does not back this up. To be very, very clear; The vast majority of children who are sexually abused do not go on to abuse others. Sometimes a father can have an excessive worry that they might abuse someone even though they have no urge to abuse anyone. Therapy can help reduce this unhealthy, excessive worry.

A therapist can be a powerful ally in treating the trauma and after effects of childhood sexual abuse. By providing a safe environment to discuss and reprocess the difficulties that fathers with childhood abuse face in providing safe care to their children and family as a whole, the therapist and patient are able to forge solutions to overcome the obstacles that are preventing healthy and happy fatherhood.

Several therapies including EMDR therapy and group therapy provide proactive ways to change painful feelings and thoughts into a new narrative to life that set the path to feelings of healthy masculinity, being a good father, and overall joy in the family.

EMDR and Depression: For Clinicians

EMDR May Be The Secret to Handling Erectile Dysfunction