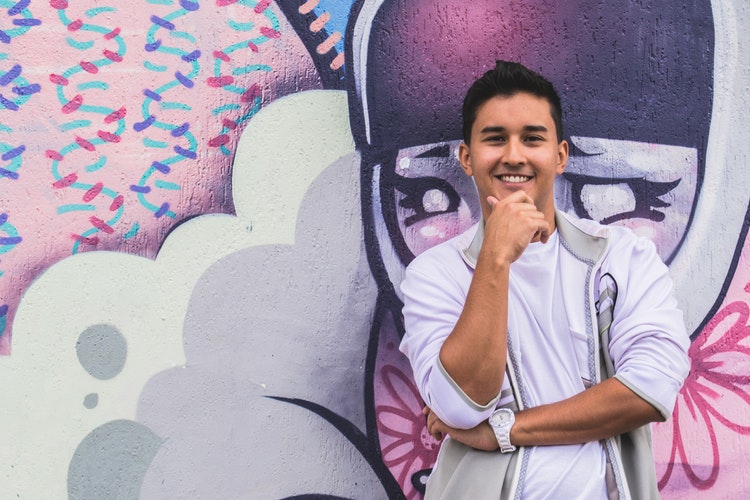 EMDR – Eye Movement Desensitization and Reprocessing is a form of psychotherapy developed by Francine Shapiro, which was originally designed to alleviate symptoms associated with traumatic memories. This technique uses eye movements or other various forms of bilateral stimulation (tapping, sounds) to assist clients in processing distressing memories or symptoms. EMDR is usually used in the treatment of post-traumatic stress disorder.

How to Diagnose Depression. (Hint: Don’t do this on your own, see a licensed counselor.)

Depression is a mood disorder characterized by a persistent low mood, feeling of profound sadness and loss of interest in the activities the person used to enjoy in their daily life.

For men they often externalize their symptoms. This comes in the form of anger, irritability, drinking and substance abuse. Men will often isolate themselves as well. They also under report their symptoms and avoid seeking treatment.

The main causes of depression are death or loss, any type of abuse, substance abuse, serious illnesses, genetics, certain medications, constant conflicts, any type of trauma, major stressful life events. The probability that you will develop depression after facing any of those factors depends also on your own vulnerability, personal history and development.

The Link Between EMDR and Depression

Several studies showed that EMDR is an effective treatment for depression. In fact, EMDR is effective for people that are facing depression, even if they are dealing with the symptoms for several years.

EMDR is an effective for treating depression because it can be used in multiple ways. You can identify the factors that caused depression, by looking at the potential causes and then work on those specific memories and events. EMDR can also reprocess the underlying negative beliefs that are fueling the depression symptoms such as “I am never enough” or “I deserve bad things.”

When working with patients that suffer from depression, EMDR therapists usually try to identify with the patient the memories of the first events that managed to build the core beliefs which brought them in this state.

Those core beliefs build the symptoms of depression in time if they are not identified and reprocessed. An example in this process could be a client that has strong feelings of dependency and jealousy. This is creating discomfort for himself and his partner. He has become depressed because he is constantly thinking about losing his partner and having trouble thinking clearly about this topic.

The therapist could help him identify a childhood memory where he was left alone and felt he was in danger.

The memory that could show a parent leaving him feeling insecure could be the root of his current beliefs. Reprocessing that particular memory and other key memories that reinforced his feelings and showed him that he could not feel safe, will help the patient work on his negative cognitions and emotions while replacing them with positive ones.

While helping patients with depression overcome their illness, EMDR therapists usually use the following structure: first they clearly identify the current issues the patient is facing. The second step is creating a bond between the therapist and the patient and providing a place where the patient feels safe.

The first bilateral stimulation sets are used while working on the safe space. This allows the client a safe space they can use if they ever become overwhelmed. After the client has identified a safe place that can provide comfort when needed, the therapist helps him identify memories that could be the cause for the current symptoms. The therapist might also ask “what are the proof memories that convince you that you are never enough.” In doing so the client and therapist create the treatment plan together. Eventually the therapist will use eye movement, tapping and sensation awareness in order to reprocess those memories including the current depression symptoms. The number of sessions needed varies usually from a few sessions for a single traumatic memory to more for complex, repeated trauma.

If someone has gone through events that can be seen as cause for depression, they should be reprocessed as soon as possible using EMDR and thus helping the patient store that specific memory in a healthy way as soon as possible. Contact me if you’re ready to talk about looking into EMDR Therapy.

EMDR Therapy for Treatment of Substance Use Disorder

Gauging Your Window of Tolerance