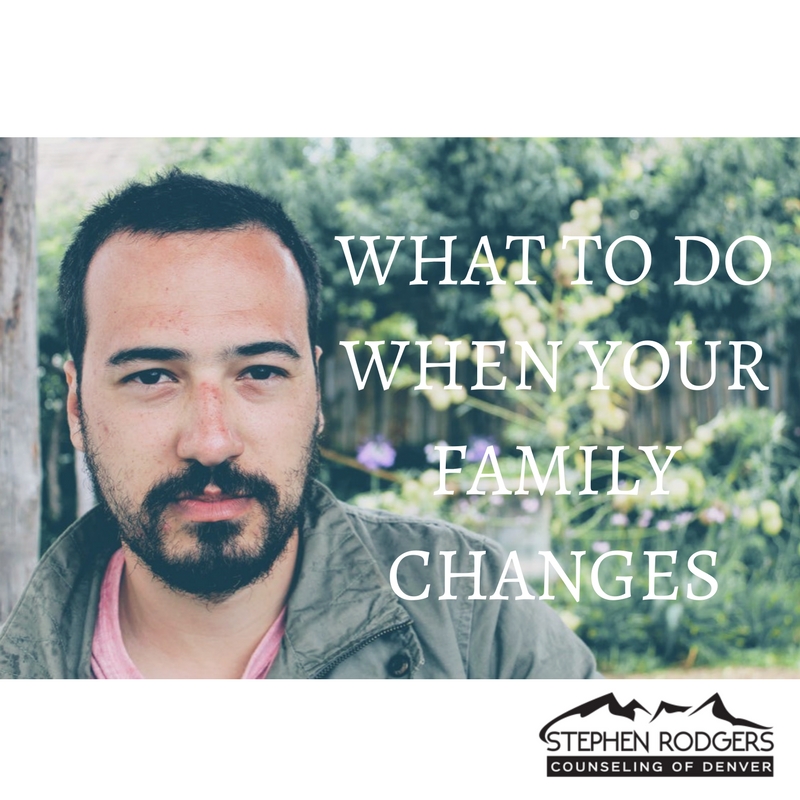 A friend of mine recently went home for the holidays to discover some members telling him that “there is no more Aunt Carrie.” He grew up with Aunt Carrie from birth. Aunt Carrie was at every family holiday, his graduation, his wedding, everything.

Aunt Carrie and Uncle Mike had a divorce when they were in high school, but they still stayed friends and he still saw them together at holidays and events as they had two children that were my friend’s cousins from their marriage. “There is no more Aunt Carrie,” they told him, because she had recently moved in with a new boyfriend.

Aunt Carrie also had a few other issues that came to light, including the fact that for all these years, her coca cola was laced with the vodka that she carried with her everywhere she went. Family secrets unearthed, family changes happening. My friend’s first thoughts were not even thoughts at all, they were confusion. They love Aunt Carrie.

In all reality, my friend will possibly not see her Aunt very often, possibly ever again, or who knows. You see, they live far apart to begin with and now she has moved even farther, and my friend may very well be the only person in the family to visit her along with her own children. My friend is experiencing family changes and they are hard.

How to Cope with Family Changes

There are other parts to family changes too. They can happen from a divorce like my friend, but they also happen in another way such as a new family member. This one, I personally understand. I recently had a child of my own and having a new baby and new family member is strange!! (Mind you, awesome, but strange!!)

There is a new person to consider in plans when it comes to, well, everything. Also, my relationships with my cousins and family members is different now. We’re not drinking quite as late or as much on special occasions. The language I use has changed. My priorities are different. Again, family changes.

Coping with change is a challenge, but both the most adept men and the most casual of us can thrive during change, even when it feels unnatural. First thing? Let go. Literally breathe it out. I often think about the book the Great Gatsby when I think of change. You see, the main character tries to recreate the past, exactly as it once was, in hopes that it will be the same. It will never be the same and in the end, he is consumed by his efforts. Try not to “Gatsby” yourself and accept these new family changes. In the end, the path of least resistance is usually best.

What Can You Change?

Nothing really. We can’t change anyone besides ourselves. We can gain understanding though and we can make sure we are drinking enough water, eating our vegetables and practicing mindfulness. Sometimes, when the mind is stressed, taking care of the body can help you regain focus. I recommend the Mood Food Clinic in Denver if you think diet might be something to take a look at in your life. Simple dietary changes affect the gut which directly affects the mind. This is being proven repeatedly in reputable scientific studies.

Counseling is the other piece. Men don’t have much acceptance in being able to talk about their problems. If we do, we tend to turn it into a joke or let it come out in anger or passive aggressiveness. It’s not “manly” to talk about your problems to your friends and family. We disagree. Talking and working out your problems man to man is a way to grow immensely. It actually makes you mentally and physically stronger. Taking care of emotions can even improve your immune system. And you might find yourself experiencing more “luck” on a regular basis because you’re more often a better version of yourself.

Our practice focuses specifically on men’s issues because let’s face it, we need a place to go to figure out complex problems, and there aren’t many. We work with mindfulness, encourage healthiness, and listen to what’s going on in your life so that you can be a better man. Perhaps one you are proud of, who knows when to say no and when to say yes. Maybe, just maybe this could the step you’ve needed, but didn’t know you did. If you’re ready to take a leap, try scheduling a session with one of our therapists at Stephen Rodgers Counseling of Denver. Suffering in Silence: Why It’s Hard for Men to Talk About Their Mental Health