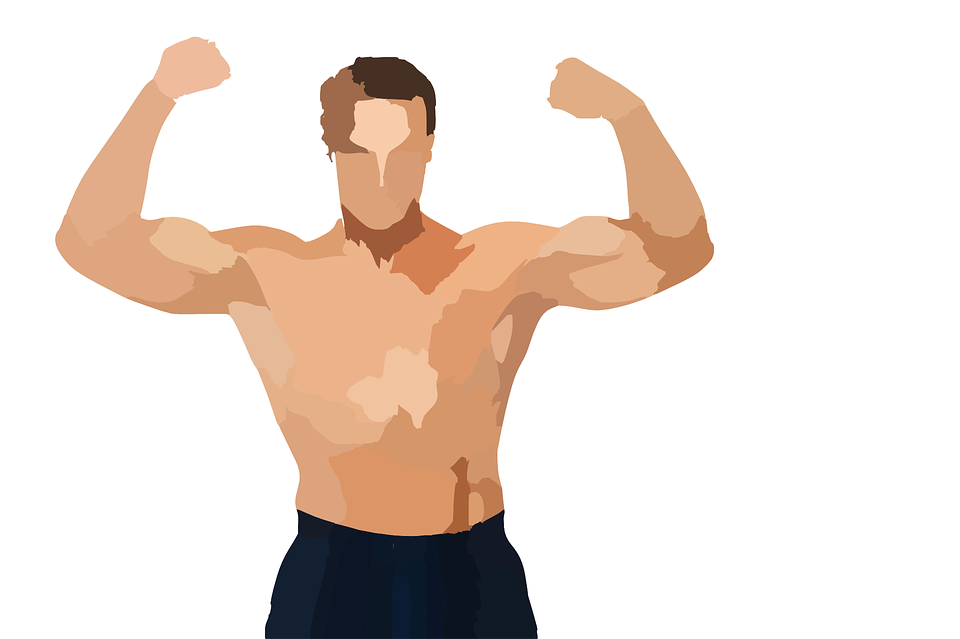 Men in the Media and Body Image

The media is often charged for its portrayal of women and high standards of “perfection.” Same goes for men. If you’re not a smooth, witty talker with muscles and a touch of gray (or a casually messy ‘do, take your pick), well then, you just don’t measure up to what society’s looking for.

The resulting message is confusing and unrealistic. Men deal with these issues just as much as women do, yet you rarely hear anyone actually speak about it. Celebrities like Daniel Radcliffe, Ryan Reynolds, Sam Smith, Matt McGorry, Chris Pratt, and Zac Efron are just a few of the many male celebrities who have expressed issues with their body image or how they treat their bodies. Yet why don’t you know that? Until we just told you? Well, body image is a “thing” with men too. It’s just not openly discussed like it is constantly for women.

For decades, men have been expected to be “macho,” strong and seemingly devoid of any sensitive emotions. So although some men are speaking up, many still hold back. For them to admit to body image insecurities would, in turn, potentially reveal to others that they are not as strong as they wish to be perceived. It’s a double-edged sword and an extremely unfair position for anyone to find themselves in.

Recently, the media has marginally begun to celebrate full-figured women and that’s fantastic. Stores are more exclusive, curvier women are dancing across magazine ads, and the appreciation of all female bodies is awesome! However, what few seem to notice is the extreme lacking in those areas for the male counterparts. We have never opened GQ to find a model with a rounder belly or a receding hairline. As a result, men notice that women seem drawn to the infinite images of oiled up, toned six-packs and wind up feeling inadequate in comparison. Unfortunately once again, because so few are speaking up against these unfair standards, little to nothing is being done to change them.

Aging, Weight Gain and Other “Imperfections” Body image issues can range from weight (whether that be over or under the ideal), to balding or excess body hair, to their skin quality (dryness, acne, etc.) and the list could continue on and on. As a society, we seem to excuse ourselves from doing anything with rationals like “if men had body image issues, you’d hear about it more,” and “men’s beauty standards are radically lower than that of women,” and only seeing the media’s critique of females and not males. Both genders have been cornered by the media into tiny boxes that determine how we should look and the results are catastrophic and will only get worse if we don’t fight to stop them now. Men suffering from body image issues, regardless if they seem small, should seek treatment and speak up to help others. As a society, we should make it clear that men of all body types and styles are loved just the same.

Have you been feeling down on yourself for the way you look? Aging and weight ups and downs are part of everyone’s lives. Yet, that doesn’t mean that you need to wallow in self-despair about it. We’re all in this together. Something that helps take focus off the mirror is therapy. Sitting down man to man and getting everything off your chest does wonders for the soul. In turn, feeling good about the way you look can do wonders for the way you feel. Let’s talk. Click to pick your own day and time to pick my brain and see if we’re a good fit. I look forward to hearing from you.

It Cannot Be the Same, But it Could Be Better – Communication After Having a Baby