When we think of survivors of childhood abuse, and especially of sexual abuse in childhood, we often imagine than it had to be inconceivably difficult for them to endure such suffering, but now that they’re adults, they’re safe and well. We do recognize that they might have been affected by the horrible experience, but rarely think of them as constantly reliving the past abuse as it were happening right now, at this very moment, with the same horror and helplessness as then. But they do.

How Memory Works and How it Fails us with Trauma

Whenever something happens in our environment, an amazing chain of neurological events decides how we will react to it and how we will remember it. A part of our brain called the thalamus sends information about an event to two different centers – amygdala and frontal lobes of our cortex. Amygdala reacts much faster and enables us to act right away if the situation proves to be dangerous. On the other hand, frontal cortex has a function of comprehending the meaning of the event, organizing it into a consistent narrative in our long-term memory.

However, in cases of trauma, and especially of childhood trauma, this process is altered in a way that makes the lives of those who survive filled with worst memories as if they were taking place right now, again and again. The traumatic experience never becomes a story, something that happened in the past. When trauma occurs, the speech and language center of the brain decreases its activity, while the center assigned to store memories about smell, sounds and taste becomes more active.

This is why, simply put, a trauma remains more an experiential memory than a storyline, a verbalized recollection of a past event. Victims of childhood abuse suffer from recurring disorganized memories, fragments of the trauma images, smells, sounds, and associated emotions of horror and fear. Which is also why there are so many triggers that can evoke a flashback decades after the abuse happened, and this is why trauma survivors are so often unable to speak about what happened to them, incapable of telling a story with its beginning, middle and end.

Although treatment of trauma has a long history, traditional approach has had limited success. This could be partially explained by the neurological mechanisms we just explained. That is, most traditional therapies require that a client speaks about what had happened to them, and to organize their memories verbally, which is often an impossible task. Some therapists also argue against such detailed recollection of trauma, as there are other pathways towards liberating a client from never-ending torture of childhood trauma.  One such method is EMDR, eye-movement desensitization and reprocessing therapy, proven to be highly effective for treating consequences of trauma.

EMDR uses neurological findings about the ways in which brain functions and organizes memories to help clients reach relief from symptoms of chronic posttraumatic disorder, emotional problems such as anxiety and depression, or guilt and anger. The therapist will ask the client to recall the traumatic event, or one specific moment of the abuse, but the client doesn’t need to speak about it in detail – the exact storyline about the trauma is not the essential part of the healing.  The process is internal, and the therapist leads the client towards putting past events to past, making them memories instead of reliving them as acutely threatening occurrences. This is achieved through utilizing the knowledge we have about how memory works and how to reprogram the brain to make a difference between past and present in recalling traumatic event. 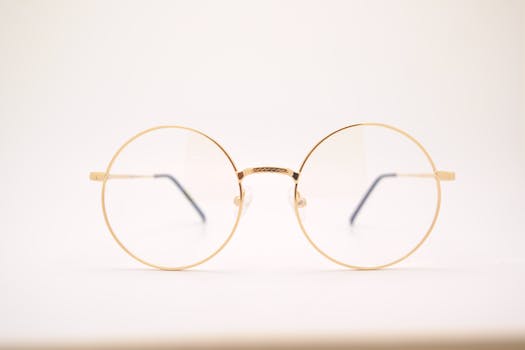 As with any psychotherapy of traumatic events, the process can’t be easy. Nonetheless, avoiding disturbing memories can’t lead to becoming free of symptoms of chronic post-traumatic reaction.

Sessions with an EMDR psychotherapist will provide a safe environment for you to address all the terrifying images and sensations that might arise, while helping your brain reprocess the trauma and see the event as a narrative. This is accomplished by guiding your eye-movements, achieving similar pattern as in REM sleep, in order to help neural communication between hemispheres. This will lead your brain to make a distinction between past event and the present, finally putting the horror you endured into the past. You will be encouraged to remain grounded in the present while recollecting the traumatic events, and in this way, you will begin to see your memories as a movie or snapshots of something that has passed.

In the next stage of the psychotherapy, you will be guided through strengthening of new neural pathways that will help you see yourself and the world in a healthier way, be able to be present rather than be in the grip of your past traumas.

The process ahead is not a simple one, but it brings relief and hope for a more productive life to everyone who spent years or decades constantly enchained by ever-present terror of what was done to them in childhood.

The Cost v. Benefit Analysis: Is Counseling Worth the Cost (and how much is it?)